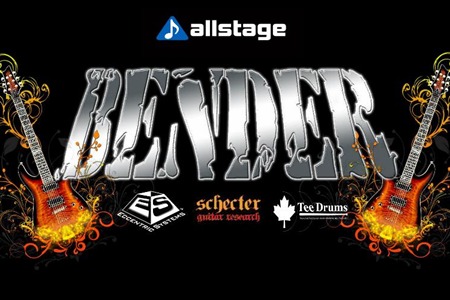 ​Bender has opened for such acts:
Matthew Good Band

Bender opened for Our Lady Peace in Toronto for the 100th Anniversary of the Grey Cup.