​Bender has opened for such acts:

Our Lady Peace in Toronto at the 100th Anniversary of the Grey Cup 2012.

Bender is a London, Ont. based band that plays Classic 70's & 80's Rock featuring Pink Floyd, Poison, Journey, Sass Jordan, Bon Jovi, Foreigner and many more. Having just celebrated their 14th year of being in existence on December 27th, 2008. The  band has always been known for their exciting stage show that boasts lasers, smoke machines and high energy - the band has become increasingly popular having played 62 performances in 52 weeks in 2014 alone.
Playing all the A-List Venues in SW Ontario including such as Riffs Music Lounge (Woodstock), Gables In The Bend (2012 - 2019. It has since closed), Eastside Bar (London), Grand Bend Legion, London Music Club (London), Norma Jeans (London), Stonewalls (Hamilton), Dawghouse Pub (London), Friday The 13th in Port Dover, Manny's Place (Brantford), Lizards (Sarnia), Sarnia Ribfest, Dominion Hotel (Stratford), St. Mary's Festival, Barnacles (Port Stanley), Grand Bend, Port Stanley and Delaware Legion, Green Haven Trailer Park (Grand Bend), Our Ponderosa Trailer Park (Ipperwash),  Liquid Johnnys (Sarnia), Budweiser Gardens (London), Nutty's Bar (Woodstock) Iron Horse Festival in St.Thomas and The Docks (Bayfield) to name but only a few.
Bender's 14+ year history and long time popularity has been bolstered by their loyal and large fan base - the people that are the power behind every successful band.
Being onstage and bringing friends together for a great night of music is a gift that musicians are graced with to share.
Able to perform large shows or in smaller intimate venues, the band is consistently booked and re-booked at each Venue they perform in - which is testimony to the Bender's popularity with patrons and their level of professionalism with Venue owners over our 14+ year history. With over 1,100 followers on there Facebook band page, the band enjoys loyal support for over 14 years from live music fans.​ 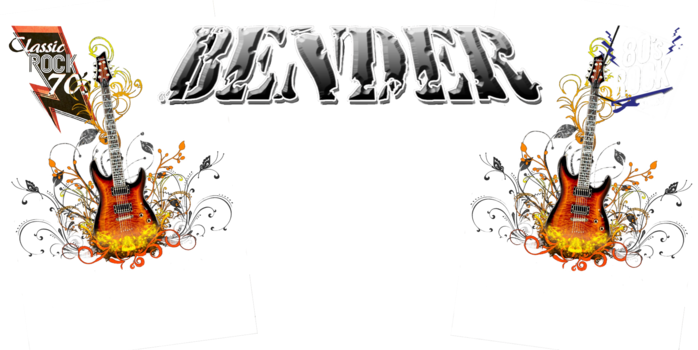